However, it is often misused to represent medicine in the United States.

This use has been frowned upon many times for its evocation of the god Hermes, who was notably the god of commerce, thieves and the one who accompanied the souls of the dead to the underworld.

Note: The Hippocratic Oath was one of the first to highlight the contributions of the statue Asclepius to medicine.

Although the Caduceus is now largely accepted as the medical symbol in the United States, observations have proven that the Rod of Asclepius is the most authentic emblem for the field of Medicine.

The Staff of Asclepius is the official emblem of medicine. The word “Caduceus” is often heard to refer to the emblem of the pharmacists, the Bowl of Hygieia which is in fact a cup entwined with a snake.

Finally, the term “Caduceus” is used to designate other derived emblems such as the stick surmounted by a tuning fork used by hearing aid practitioners or the snake used by midwives to represent the curvature of a pregnant woman’s stomach.

To better understand why the Caduceus is wrongly used in Medicine, we must go back to the origins of this symbol as well as those of the Rod of Asclepius.

The term “Caduceus” comes from the Latin word “Caduceum”, which itself is derived from the Greek word “Kerukeion” which means ‘Herald’s Wand‘ or ‘Herald’s Staff’.

A herald is a person in charge of transmitting messages, a kind of announcer. This symbol was therefore worn by these people to represent their function and as an emblem of their personal inviolability. 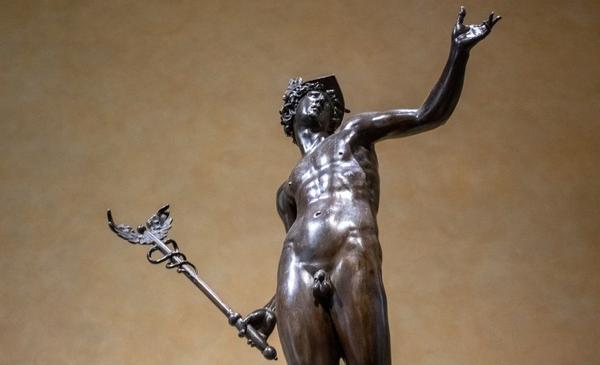 Primitively, the Caduceus was the symbol of peace carried by the messenger of the Gods.

Another symbol is that of fertility interpreted by the mating of the snakes.

The alchemists also gave a meaning to the Caduceus of Hermes. For them, the two serpents represent the antagonistic principles (wet/dry, fixed/volatile, hot/cold) that are unified in the unitary gold of the stem.

If we leave the Hermetic thinking of the medical and moral realm, the Caduceus represents the opposition between self-control and instincts or illness and health, with the wings as a spiritual escape. The snake wrapped around the staff symbolizes the tree of life, its venom is transformed into a miracle cure and the life force finds the way back to the only true healing, that of the soul.

Hermes, son of Zeus, was the messenger of the gods, symbol of travelers, activity, commerce and eloquence.

According to the Homeric hymn dedicated to him, it is Apollo, Hermes’ half-brother, who gave him his emblematic staff. Indeed, one evening, while he was still a child Hermes stole a magnificent herd of heifers and went to hide in a cave to escape the Olympian anger of the latter. He took ingenious precautions to hide the traces of the theft.

After Zeus’ intervention, Apollo finally found Hermes to punish him for this theft. When he arrived in front of him, Hermes started to play the lyre, a musical instrument he had invented. The latter was immediately charmed and his anger went away instantly.

Flattered in his self-esteem as God of Music and Harmony, he decided to forgive Hermes in exchange for his musical instrument. He was so happy that he rewarded him with the Caduceus, the God of crossroads.

Another legend tells that after Hermes gave him his lyre, he invented the pan flute. In exchange for this instrument, Apollo gave him the caduceus and taught him to predict the future with pebbles.

This object, which was only a simple rod of laurel or olive tree, will become his principal attribute which he will use to lead the souls to the underworld.

Afterwards, according to the most accepted mythical version, Hermes would have fallen on the way of two snakes, then fighting. He separated them with his olive rod and, once calmed, the two reptiles entwined themselves around the staff. The caduceus, almost complete, became the symbol of peace. Hermes, as a fast and tireless messenger, put wings on these sandals to go faster, and these were later added to his Caduceus.

Note: Before it was in the hands of Apollo, the Caduceus would have been entrusted to the diviner Tiresias. The latter was crazy about Athena after having seen her naked while bathing with the nymphs. The goddess, in addition to giving him the gift of understanding birds, gave him a “corm tree stick with which he drove as surely as those who travelled”.

To protect themselves from diseases, many people today wear a Caduceus Necklace.

The Snake is the main element that distinguishes the Caduceus for sure. Born from a reptilian confrontation, it has become the symbol of reconciliation, understanding and balance as well as ambiguity. 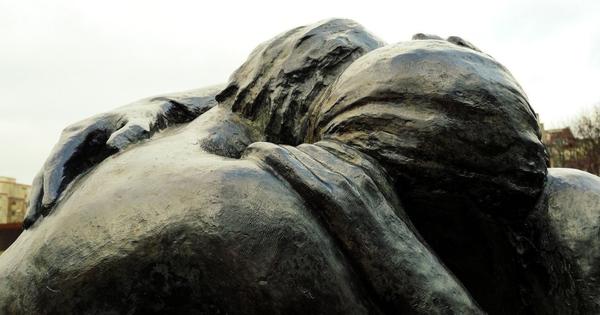 You may wonder why the legend speaks of a snake fight and not something else. And why is the Snake at the center of many myths as a totem animal ?

This legend does not come from nowhere. Indeed, in nature, the fights between snakes happen exactly the same way: They intertwine until one of them ends up tackling his opponent to the ground, all this without ever using its venom because it is an elegant animal.

A fight of this animal being much more symbolic than any other, this scene had everything to become a fascinating myth. The snake is the only archetype of the cultural unconscious.

Moreover, the demiurge gods are always represented as a snake in their first representation. This animal is linked to life and death: it seems eternal by losing and regaining its skin, while its venom is deadly.

The snake is also the only animal that can take almost any form, it is able to represent everything. Therefore, it can embody good or evil, life or death or any other unknown form.

The caduceus therefore embodies all possible and imaginable possibilities.

The caduceus is represented by a rod topped by two wings and surrounded by two snakes.

Originally, it was a simple olive stick, still with its branches. Later, these were replaced by two snakes.

Depending on the culture, it can be represented in different ways, but some elements allow to recognize it everywhere it is found. Whether in the hands of Mercury or Hermes, whether in Phoenicia, Egypt, Greece, Rome, the Mediterranean or pre-Columbian America, this symbol presents either the rod surrounded by the two intertwined snakes, or simply the two snakes, with or without wings, always reflecting the same universal movement.

Another legend is the Rod of Asclepius (or Staff of Asclepius). Aesculapius is often depicted standing with a pilgrim’s staff in his hand wrapped around a snake, symbolizing the universal traveler.

At that time, the snake embodied knowledge: by penetrating the deep cracks of the Earth, he was supposed to know all the secrets and benefits of the medicinal plants he encountered. Some even say that he knew the mysteries of death.

A legend says that Aesculapius once had to face a threatening snake. To defend himself, he held out his staff in his hand, and once the animal coiled around it, he struck it violently to the ground and killed the reptile.

Afterwards, he decided to bring it back to life and introduced some plants into its mouth. As a sign of gratitude, this snake remained tied forever around his stick.

Thus, it became customary to represent Aesculapius with a snake wrapped around a stick on which the God of Medicine leaned. This stick became his first “caduceus”.

Since the beginning of time, the snake has been worn as jewelry to obtain the protection of the gods. Enjoy a wide selection of Snake necklaces on our website.

It is the symbol of the universal traveler and represents the activity of the physician who takes his science around the world.

The snake represents life and vigor because it has the ability to renew its appearance, thus regaining its youth. By inserting himself into the cracks of the Earth, was supposed to know all the secrets but also the benefits of medicinal plants. (In reference to the Oracles that Asclepius was able to give to the sick as a remedy)

It should be noted that in 1910, the United States Board of Regents chose the Staff of Asclepius for medicine in general.

Today, the Rod of Asclepius retains the staff and the coiled snake, symbolizing the tree of life. This staff is surmounted by a mirror which represents the prudence that the physician must have in every medical decision. Finally, the bowl refers to the Bowl of Hygieia, Goddess of Health.

Rod of Asclepius vs Caduceus

Many people confuse these two symbols with similar components. However, it is easy to distinguish them.

Indeed, there is only one snake around the Rod of Asclepius, representing the snake that this ancient god carried. The latter does not have wings either (the hermaic attribute). On the other hand, it can be topped with a mirror representing prudence.

Now you are part of the minority who know the truth about the symbol of Medicine. If you enjoyed this article, don’t hesitate to subscribe to our Newsletter. You will be notified in advance when new articles are released. Do not hesitate to give us your remarks, opinions or suggestions in comments. We will be happy to discuss with you.

Did you know that the symbolism of the snake was the most powerful of all animals ? If you want to learn more about this magnificent reptile and its impact in different cultures, you can discover our article on the Ouroboros or the one on the meaning of the Snake Dream. Trust us, you will learn a lot of interesting things in these two articles.